Sophie Dupont, daughter of a portrait painter, assists her father in his studio, keeping her own artwork out of sight. She often walks the cliffside path along the north Devon coast, popular with artists and poets. It's where she met the handsome Wesley Overtree, the first man to tell her she's beautiful.

Captain Stephen Overtree is accustomed to taking on his brother's neglected duties. Home on leave, he's sent to find Wesley. Knowing his brother rented a cottage from a fellow painter, he travels to Devonshire and meets Miss Dupont, the painter's daughter. He's startled to recognize her from a miniature portrait he carries with him--one of Wesley's discarded works. But his happiness plummets when he realizes Wesley has left her with child and sailed away to Italy in search of a new muse.


Wanting to do something worthwhile with his life, Stephen proposes to Sophie. He does not offer love, or even a future together, but he can save her from scandal. If he dies in battle, as he believes he will, she'll be a respectable widow with the protection of his family.Desperate for a way to escape her predicament, Sophie agrees to marry a stranger and travel to his family's estate. But at Overtree Hall, her problems are just beginning. Will she regret marrying Captain Overtree when a repentant Wesley returns? Or will she find herself torn between the father of her child and her growing affection for the husband she barely knows?

I really like reading Julie's books. I'm always anticipating her next novel.  Her books are always well researched as with any author whose books I read. The Secret of Pembroke Park is my favorite.
This story delights me because of how Stephen Overtree wound up taking over Wesley's mess like he's always done since they were children.
I feel like he shouldn't have done that.  Wesley has always been jealous of Stephen no matter what Stephen did.
Stephen is what I call a man! He's all heart! I admire him because he stayed with his men during the battle with Napoleon Bonaparte. Not every Captain would do that I believe. He married Sophie on a whim to give her a home and wouldn't cause a scandal. It should not have been his job to do that . It should've been Wesley's job but he done run off.  He thought his painting in Paris was more important than taking up for his responsibilities. It's just like a man to run off.  Even Angela said that.  I do have to admit though, at least Wesley tried to grow up but it didn't work.  It seems like no matter how hard they try some men just never grow up!
I admire Sophie for her strength and determination to make a marriage of convince work. It is this leap of faith through God that Sophie comes to love Stephen. Sometimes it's not love at first sight. This comes slowly and maybe sometimes never. I'm very glad for Stephen and Sophie.
The in laws really crack me up because they very much remind me of mine. When I first married my husband, I did it to get out of the house. My in laws were surprised that he went and done it as were Stephens. They didn't think I was right for their son but guess what? We've been married for 19 years going on 20. Something must be right! Yes, it does take work. Especially since the in laws like to interfere more times than once! But, we got through it with God's help. If things are meant to be, then it will happen. As always with my favorite saying " With God all things are possible" and " God is our refuge and strength in times of trouble."
Winnie is a delight! Her predictions sometimes are confusing! Especially the one about Stephen. Boy, was I glad she was wrong on that account! She's the mysterious one! I believe that was why Wesley didn't really like her. She always sensed that he was up to something before he even done it. I liked the part where she thought her cat was a boy come to find out it was a girl! Cats are sometimes hard to tell if they're boys or girls. I even have a hard time telling.
I was delighted for Winnie because she found time to spend with the Grandfather. The Grandfather often cracked me up too. At first, I thought he was  talking to himself the way older people do. Come to find out they were both spending time together!

I'm so glad that even though there was tension, anxiety in the house it all worked out. I guess that comes from bringing in someone you don't know very well. I think it's wrong to judge people. You really don't know what they've been through in life or are going through. I say this because of the young man I want to mention in the story. Mr. Harrison.
Mr. Harrison is a very lucky young man. Not all people want to bring up other people's children.  I love the vicar and his wife for doing this.  Stephen's parents have no right to judge him just because he's an orphan. I hate snobby people. I even get judged. If I don't measure up to someone's standards Oh well! God loves me no matter what. He knows what's in my heart and soul. He knows every hair on my head just because he made me the way He wanted. No one else!

I give this book 5 stars because I loved it so much! I recommend this book and I would reread it again. Julie is a wonderful author and as I said before The Secret of Pembroke is my favorite but now, I have a new favorite! If these were real people, I would certainly love to congratulate them on a job well done!  I feel like I have made new friends. I love a book when I can do that. Make new friends.
Thank you Julie for another wonderful story!

Julie Klassen loves all things Jane--Jane Eyre and Jane Austen. She worked in publishing for sixteen years and now writes full time. Three of her novels have won the Christy Award for Historical Romance. Her book, The Silent Governess, was also a finalist in the Minnesota Book Awards, ForeWord Reviews Book of the Year Awards, and Romance Writers of America's RITA Awards. Julie is a graduate of the University of Illinois. She and her husband have two sons and live near St. Paul, Minnesota. Visit www.julieklassen.com for more information. 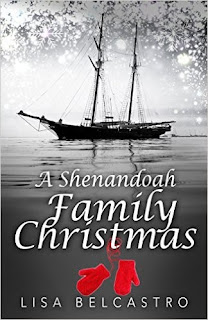 Rebecca Reed had never feared the dreaded disease until her one-year-old daughter Felicity breaks out in the telltale rash. In the cold, dark days of Advent, Rebecca, Ben, and the Reed family wait in prayerful hope as Felicity fights for her life and they wonder who could be next.

With the rest of the family at risk, they decide to obtain the forbidden cowpox vaccine. Ben's brother Jonah, his uncle Isaiah, and Shenandoah’s cook Adam Greene venture off in search of the outlawed vaccine. A blizzard hits. A tree crashes. Jonah crumbles to the ground. A woman with the face of an angel aids Jonah, but is it too late? And where are Adam and Isaiah?

As the death toll rises throughout the Colonies, the Reed family prays for more than one Christmas miracle.

Christmas
I can't imagine going through a portal and end up exactly where I wanted.
I think I would use a portal to travel back to Titanic.
I also can't imagine having Small Pox.( If I remember correctly Small Pox is what wiped out half of the Indian nation). Wouldn't everyone wonder why Missy and Rebecca never contracted the disease? I know I would wonder.  It's a great idea that Rebecca made mittens to keep Felicity from scratching. It seemed to have worked. I guess being a small child you wouldn't think about it.  I can sympathize with Rebecca if my child ever got sick like that. I think that I'd definitely be down on my hands and knees praying to the one above. Miracles happen all the time.
People are always wanting, wanting never content with what they have. I can relate to this.
It's a shame it takes a child to get sick and then Rebecca is content on what she already has.
If we can look to God, he will take care of most of our needs. We need to only ask.
I am happy that Felicity recovers and so does William. I held my breath all the way though this novella to see if Felicity would make it. Prayer is powerful my friends. God may not always answer the way we want him to.
Blizzards can come out of nowhere. They can also kill if you're not prepared for them. I was happy that Jonah made it through his injury. It's amazing how they found him at all!
Rebecca is so very lucky to have a loving and devoted husband such as Ben. I know that she misses him when he takes off on his ship. I know I would!
Missy and Isaiah are best friend with Ben and Rebecca. I think it's wonderful how they stayed friends even after they traveled through the portal.

Lisa Belcastro lives with her family on Martha’s Vineyard.  She loves time with her family and friends, running, gardening, outdoor activities, cooking, chocolate, reading, traveling, a healthy dose of adventure, and her cat, Ben, who keeps her company while she creates fictional lives for the numerous characters living inside her head.

Lisa’s stories are set on the Vineyard amidst the magnificence of the ocean, the beauty of sandy beaches, rolling hills, and ancient cliffs, as well as the people and events that make the Island so very unique.

When she’s not at her desk, Lisa is living in paradise, volunteering at her daughter’s school, serving in her church community, planting and weeding her numerous gardens, training to run the Walt Disney World Dopey Challenge in January 2016, walking the beach looking for sea glass, or enjoying a great meal while she pens the cuisine column for Vineyard Style Magazine.

If you are interested in becoming a Singing Librarian Books tour participant, apply HERE. 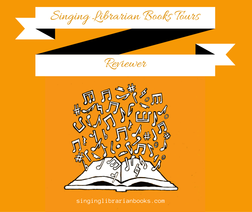