A Worthy Rebel ( An uncertain Choice) by Jody Hedlund 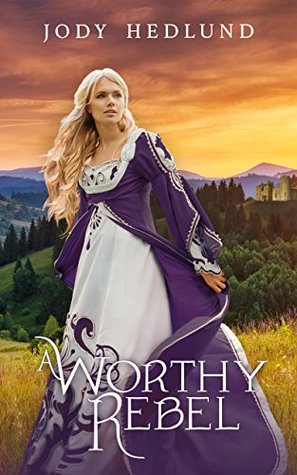 While fleeing an arranged betrothal to a heartless lord, Lady Isabelle becomes injured and lost. Rescued by a young peasant man, she hides her identity as a noblewoman for fear of reprisal from the peasants who are bitter and angry toward the nobility.

Cole Warwick cannot turn his back on a person in need and soon finds himself falling for Izzy, the gentle and beautiful runaway who is mending in his cottage. As the leader of an imminent uprising against the nobility, he tries to resist his growing feelings for Izzy to protect her from the dangerous life he’s chosen. But the longer she stays, the more he hopes she’ll never leave.

When Izzy’s true identity is revealed, Cole feels betrayed. With the rebellion underway, can Cole forgive Izzy and find a way to save her from an unhappy marriage? Or will he and his peasant army be destroyed before he has the chance to fight for the people and the woman he loves?

Jody is the reason I started reading Christian fiction. She's a fabulous storyteller who has a way of making you feel like you were there no matter what story you are reading at the time. Her Historical fiction is just fabulous!! I look forward to each one. Two of my favorites are Luther and Katherina and Polly and Newt This new series is good too. It's made especially for people who love to read about the Medieval times.
I love how even in these stories she manages to include God in the story. By putting Him in the story it gives the characters hope that things will turn out okay. Good always wins over evil. It's never good to let hate fester until it turns that person bitter. It just means the evil person will win every time.
While reading this book, I found myself wanting to yell at them as if I were watching a movie! I know my mouth dropped open in some places too! ( I believe this would make a great movie)! I just don't understand how people can be so cruel to others when they wear their pants the same way everyone else does! So mean!!
Izzy is my favorite, even though I think she's learned a hard lesson. She's very spunky and has a soft heart. I wouldn't want to be in her shoes! That is certainly a lot to live up to! I know I would do what she did! I can't help but think how these people, especially Izzy and Cole would think of today's world?
This book is not a stand alone. I feel if you don't read the previous books, then you'll be lost. I sometimes am when I get into a series and don't know that it's a series! I always get frustrated when that happens!! I will be reading the rest of this series! I strongly recommend this book for people who love Medieval times or for just anyone who loves to read!
I received this book for free. No compensations were received in any way. All are my honest opinions.

Jody Hedlund is the author of over twenty historicals for both adults and teens and is the winner of numerous awards including the Christy, Carol, and Christian Book Award.

Jody lives in central Michigan with her husband, five busy children, and five spoiled cats. Although Jody prefers to experience daring and dangerous adventures through her characters rather than in real life, she’s learned that a calm existence is simply not meant to be (at least in this phase of her life!).

When she’s not penning another of her page-turning stories, she loves to spend her time reading, especially when it also involves consuming coffee and chocolate. 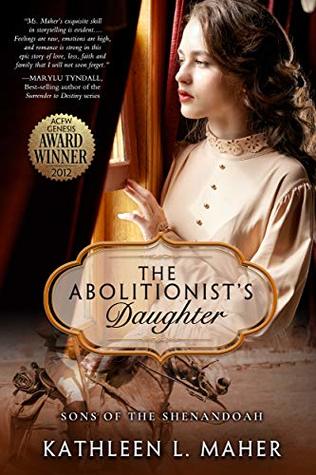 The crusading daughter of a Washington politician, Marietta Hamilton comes between twin brothers as the country plunges toward Civil War. Horse traders from Virginia, Ethan Sharpe and his brother Devon would defend their livelihood from her interfering kind. When love ignites, friends become enemies separated over the course of a long and brutal conflict. Can the very influences which carved a chasm unite a torn family against all odds?

I love books by a new author because I don't know what to expect and they always have something different than whats out there. This was no exception. I was so excited when I got this book and couldn't wait to dive into it.

When I open a new book I never know when or where I might be taken to. I love historical fiction so I was excited to read this book. This particular story took me to 1862 when the Civil War started. As I read, I could hear the cannons exploding and bullets being fired. I could hear the men screaming and the horses whinnying.

This book made me very emotional. It was like slow motion while the battle was going around me and then afterwards I felt sick because of the smell of blood and the horrible sights before me.

I loved Ethan. He was my very favorite character! I loved him because he knew what he stood for and what he believed in and stuck to it. With the help of a new found friend he turned to faith. He stuck with that and it was able to get him through the difficult situations no matter what life threw at him.

Devon, Ethan's brother was so hardened that I wanted to strangle him myself. It's hard to believe the brothers were twins. They were so different and each had different morals.

Marietta and her family are Abolitionists. They help slaves escape or buy their freedom for them. This reminds me of the Hebrew slaves in Egypt because they were also in bondage and waiting for deliverance. I enjoyed Marietta. She's like Ethan in so many ways. They both were against slavery. I used to think that Marietta was spoiled little rich girl but as time went on her Faith and caring side came out.

If you like historical fiction you should read this book. Its exciting and you will feel like you are there. I would recommend this book to anyone who likes stories from the civil war era. Can true love triumph over everything that gets in the way?

I received a complementary copy. No compensations were received.

NO INFORMATION PROVIDED  FOR THIS AUTHOR