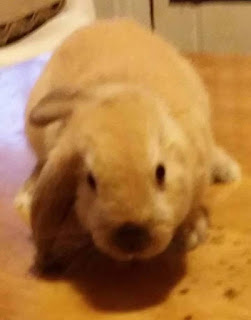 Hi everyone! Meet my baby bunny named Snickers.  As u can guess or maybe not, I named him that because of the color of his coat. He is a floppy eared bunny and was given to us from a neighbor across the street from us in our new neighborhood! !! A sort of welcome to the neighborhood gift. He also give each us two others so my baby isn't alone!
I've a lot to learn about rabbits. I've never had one in my life. I couldn't believe how much they're growing in just the short time we've had them.
Well, will keep posting and showing photos of our rabbits as they grow.
And a request please.  Please pray for my cat Sasha. She's very sick . I am hoping for a speed y recovery for her but as she's the runt I don't know.
- October 31, 2015 No comments:

I've just finished reading Miriam and the Stranger.
What a wonderful book! I rated it 5 stars because I throughly enjoy reading books
by Jerry Eicher.
Miriam is an Amish schoolteacher. She loves teaching children.
Miriam is engaged to Mose. I didn't like Mose.
Mose only thought of himself and just assumed Miriam wanted to marry him.
Miriam wanted to marry him too until he got the position he wanted. Then he changed for the worst.
At first, Miriam wanted to please Mose but no matter what she did,  Mose wasn't satisfied.
When Tyler comes into play Miriam felt instant attraction to him. Telling herself it wouldn't work because he was English and a reporter.
Reporters were nothing but trouble.
When a nosy neighbor sees Miriam and Tyler kissing in her buggy the neighbor decides to tell Mose by letter. A good thing she did too!!!!
Thank goodness for nosy neighbors! !!
How happy I was when Tyler wanted to get together with Miriam!!! I always knew they were made for each other.
I felt sorry for Bethany though. Bethany was very desparate to get married.
Thank goodness for ppl like Aunt Fannie and Uncle William!
After Aunt Fannie realizes what is happening with Miriam she talks to William he goes to Decon Phillips they decide on what to do. Decon Phillips writes Mose about Miriam's condition Mose decides to do nothing about it.
This is why I say he is a mean tight fisted man. Him and Miriam were NOT made for each other.
I am not saying anything else about the book. Y'all will just have to read it for yourself and use your judgement.
I believe you'll like the story just as much as I did! 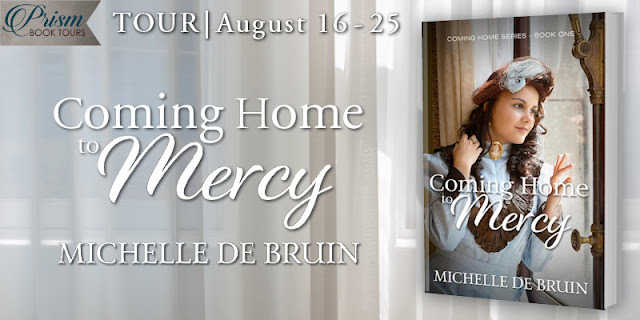