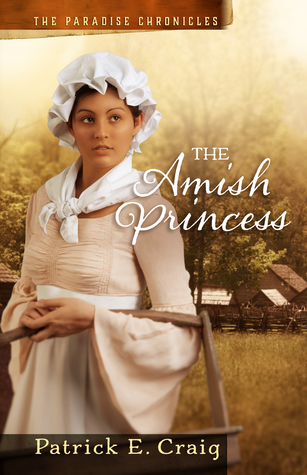 Opahtuhwe, the White Deer, is the beautiful daughter of Wingenund, the most powerful chief of the Delaware tribe. She is revered by her people–a true Indian princess. Everything changes when the murderous Delaware renegade known as Scar brings three Amish prisoners to the Delaware camp. Jonathan and Joshua Hershberger are twin brothers that Scar has determined to adopt and teach the Indian way. The third prisoner is Jonas Hershberger, their father, who has been made a slave because he would not defend his family. White Deer is drawn to Jonathan but his hatred of the Indians makes him push her away. Joshua's gentle heart and steadfast refusal to abandon the Amish faith lead White Deer to a life-changing decision and rejection by her people. In the end, White Deer must choose between the ways of her people and her new-found faith. And complicating it all is her love for the man who can only hate her.

I knew when I opened this story set in the 1700's that I would be burning some midnight oil and would be tuning out the present to the time of the British occupation in the American colonies.
I was fascinated by the Indians mostly and I enjoyed learning about which Indian tribes lived along the Ohio river and in Ohio. (You see, I was born and raised in Ohio so I also enjoy learning Ohio's history. My parents took me to the Chillicothe area to see the great Indian Mounds. These were the Hopewell Indians.
It's also interesting to read about how the first Amish came to t;he Northkill area of Pennsylvania and settled down to prosper. I believe Joan Hochstetler's family is from that area.
In some ways I didn't blame what Johnathan had done either. His way was wrong. I was horrified in what he had done and I know that my mouth must've dropped open and shivers ran down my spine. Johnathan would have to answer to God on judgement day for what he and his fellow man had done. I think he finally realized it and tried to hide from God but God knew where he was and what he had done. Friends, Johnathan's actions will haunt him the rest of his days. I think it's a thing called a conscious.
I admired Joshua. because in many ways was the strong one. He kept his faith no matter what had befallen him. I feel like God has said "Well done, my good and faithful servant."
I loved White Dear. I admired her courage, love for her husband and especially a daughters love for her father.
To me, Wingenund was fascinating himself. I don't know why but I could imagine him wild and free and then of a sudden everything was stolen from him. I think I would be furious too!
God works in mysterious ways. ways we don't understand nor aren't meant to understand until the time is right.
God sends messengers to lead us to Him for He is the one true God.
Through Him All Things are Possible.
I also enjoyed this story because Patrick is a master storyteller who has the ability to draw you in and keep you hooked until the end and I'm most definitely sure that my mouth dropped open in some of the story.
I am left waiting to see if there will be another story to this one as it leaves you wanting for more!
I felt blessed in more ways than one!
Thank you for letting me read and review this wonderful book.

Best-selling Author Patrick E. Craig is a lifelong writer and musician who left a successful career in the music industry after two albums on Warner Brothers Records and years of live performances in one of San Francisco's most popular music groups to follow Christ in 1984. He spent the next twenty-six years as a worship leader, seminar speaker and pastor in churches, retreats, seminars and conferences in the Western United States. In 2013 Harvest House published the first of his Apple Creak Dreams series, A Quilt For Jenna, followed by The Road Home and Jenny's Choice. A Quilt For Jenna recently moved into the #1 bestseller in Amish Fiction on Amazon. His new book, The Amish Heiress is the first in his new series, The Paradise Chronicles.

Patrick is represented by the Steve Laube Agency