One for Sorrow by Mary Downing Hahn 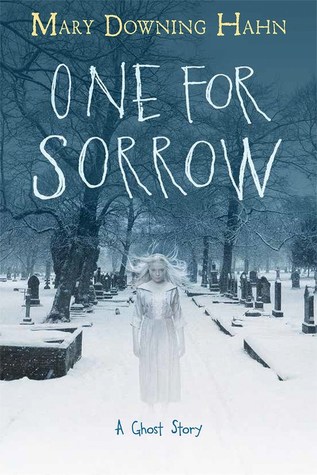 by Mary Downing Hahn (Goodreads Author)
3.64  ·   Rating Details ·  85 Ratings  ·  46 Reviews
Against the ominous backdrop of the influenza epidemic of 1918, Annie, a new girl at school, is claimed as best friend by Elsie, a classmate who is a tattletale, a liar, and a thief. Soon Annie makes other friends and finds herself joining them in teasing and tormenting Elsie. Elsie dies from influenza, but then she returns to reclaim Annie's friendship and punish all the girls who bullied her. Young readers who revel in spooky stories will relish this chilling tale of a girl haunted by a vengeful ghost.

I absolutely adore Mary Downing Hahn. She has a great talent for writing Ghost stories.
Wait until Helen comes was my fave but now I think I'll make this one my fave of all times.
You know, karma comes in all shapes,sizes, and forms. Even after death it seems.
I am disappointed in Annie Browne.
I never thought she would've did what she did.
Even if I had wanted to have friends that is not what I how I would've gotten them.
I can relate to Elsie in so many ways.I hated being made fun of. As the old saying goes, sticks and stones may break my bones but words will never hurt me is so very not true.
Words and actions from others do hurt. More than some ppl realize.
I think tho that Elsie brought some of those problems herself.
I finished this book in two days! I almost had it finished in one.
This is young adlit genre but the way Mary wrote it it's almost directed towards adults who love ghost stories too!!
Another reason is because it's written in first person. I can usually relate to the character much better.
This book will make you shiver even in the bright sun!!!! 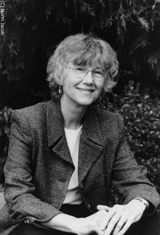 I grew up in a small shingled house down at the end of Guilford Road in College Park, Maryland. Our block was loaded with kids my age. We spent hours outdoors playing "Kick the Can" and "Mother, May I" as well as cowboy and outlaw games that usually ended in quarrels about who shot whom. In the summer, we went on day long expeditions into forbidden territory -- the woods on the other side of the train tracks, the creek that wound its way through College Park, and the experimental farm run by the University of Maryland.
In elementary school, I was known as the class artist. I loved to read and draw but I hated writing reports. Requirements such as outlines, perfect penmanship, and following directions killed my interest in putting words on paper. All those facts -- who cared what the principal products of Chile were? To me, writing reports was almost as boring as math.
Despite my dislike of writing, I loved to make up stories. Instead of telling them in words, I told them in pictures. My stories were usually about orphans who ran away and had the sort of exciting adventures I would have enjoyed if my mother hadn't always interfered.
When I was in junior high school, I developed an interest in more complex stories. I wanted to show how people felt, what they thought, what they said. For this, I needed words. Although I wasn't sure I was smart enough, I decided to write and illustrate children's books when I grew up. Consequently, at the age of thirteen, I began my first book. Small Town Life was about a girl named Susan, as tall and skinny and freckle faced as I was. Unlike her shy, self conscious creator, however, Susan was a leader who lived the life I wanted to live -- my ideal self, in other words. Although I never finished Small Town Life, it marked the start of a lifelong interest in writing.
In high school, I kept a diary. In college, I wrote poetry and short stories and dreamed of being published in The New Yorker. Unfortunately, I didn't have the courage or the confidence to send anything there.
By the time my first novel was published, I was 41 years old. That's how long it took me to get serious about writing. The Sara Summer took me a year to write, another year to find a publisher, and yet another year of revisions before Clarion accepted it.
Since Sara appeared in 1979, I've written an average of one book a year. If I have a plot firmly in mind when I begin, the writing goes fairly quickly. More typically, I start with a character or a situation and only a vague idea of what's going to happen. Therefore, I spend a lot of time revising and thinking things out. If I'd paid more attention to the craft of outlining back in elementary school, I might be a faster writer, but, on the other hand, if I knew everything that was going to happen in a story, I might be too bored to write it down. Writing is a journey of discovery. That's what makes it so exciting