The Melody of the Soul by Liza Tolmsin 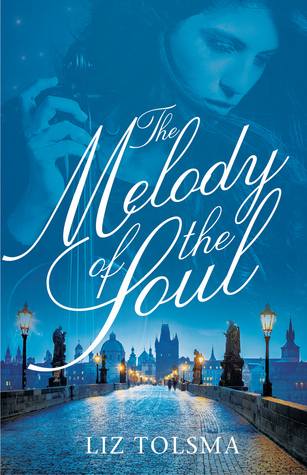 By 1943, Anna Zadok, a Jewish Christian living in Prague, has lost everything, including her career as a concert violinist and almost her entire family. The only person she has left is her beloved grandmother, and she's determined to keep her safe. But protecting Grandmother won't be easy--not with a Nazi officer billeted below them.

Anna must keep a low profile. There's one thing she refuses to give up, though. Despite instruments being declared illegal, Anna defiantly continues to practice her violin. She has to believe that the war will end someday and her career will be waiting. Fortunately for Anna, the officer, Horst Engel, enjoys her soothing music. It distracts him from his dissatisfaction with Nazi ideology and reminds him that beauty still exists in an increasingly ugly world.


When his neighbors face deportation, Horst is moved to risk everything to hide them. Anna finds herself falling in love with the handsome officer and his brave heart. But what he reveals to her might break her trust and stop the music forever

All i can say is you'd better have some tissue paper close by!!! It's a tear jerker!!


I like how the author can make the emotions of the people so real that you feel like you want to reach out and grab them away from everything bad that is happening but I guess that would be changing history.


I want to choke each and every Nazi and to them what they've done to the Jews!! It's so not fair!!
But God will take care of the former Nazi's as they say karma comes around if it hasn't already?
The only good thing I see so far is music. Music sooths the soul in any time or place. I know I'm a musician myself!! Only I play Viola. I'm 2nd generation in my family to play this instrument. my son plays violin.
Music has a special place in my heart. Even singing hymns praising God soothes my soul.
I'm like Anna in this way. This we have in common ( playing our instruments)
I like Horst ( even tho he's A Nazi) A good man caught up in a terrible delimma. through no fault of his own!!
I loved Anna's grandmother's faith, trust and advice. Even when facing her tribulations.
The only thing I had a hard time with was the big long German names.
The author did a fine job with a very hard subject and as I said at the beginning you'd better be sitting down and have a box of tissues beside you!!!!

Liz Tolsma has lived in Wisconsin most of her life, and she now resides next to a farm field with her husband, their son, and their two daughters. All of their children have been adopted internationally and one has special needs. Her novella, Under His Wings, appeared in the New York Times bestselling collection, A Log Cabin Christmas. Her debut novel, Snow on the Tulips, released in August of 2013. Daisies Are Forever released in May 2014. When not busy putting words to paper, she enjoys reading, walking, working in her large perennial garden, kayaking, and camping with her family. Please visit her blog at www.liztolsma.blogspot.com and follow her on Facebook and Twitter (@LizTolsma). She is also a regular contributor to the Barn Door blog.


Travel back in time to 1943 and meet Anna Zadok, a Jewish Christian and concert violinist whose career is ended because of Nazi occupation in Prague. Don't miss the new historical novel, The Melody of the Soul, by Liz Tolsma. Though musical instruments have been declared illegal, Anna defiantly continues to play the violin. But Officer Horst Engel, quartered in Anna's flat and dissatisfied with German ideology, enjoys her soothing music. When Anna and her grandmother face deportation, Horst risks everything to protect them.Join Liz Tolsma and other bookworms for a Facebook Live event on February 6, plus enter to win Liz's prize pack giveaway!


One grand prize winner will receive:

Enter today by clicking the icon below. But hurry, the giveaway ends on February 6. The winner will be announced at Liz's Facebook Live Party. RSVP for a chance to connect with Liz and other readers, as well as for a chance to win other prizes!

RSVP today and spread the word-tell your friends about the giveaway and Facebook Live party via social media and increase your chances of winning. Hope to see you on the 6th!