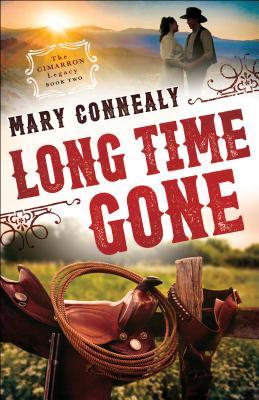 The Boden clan thought their troubles were over with the death of a dangerous enemy. But with new evidence on Cole's shooting, Justin can't deny that the plot to take their ranch was bigger than one man. While the doctor and his distractingly pretty assistant help Cole, Justin has to uncover the trail of a decades-old secret as danger closes in.

I generally love Mary's books as she always adds some humor to them in all the right places. This time around, I couldn't really get into this book and I too couldn't connect with the characters. It didn't really start to get interesting until the middle part of the book when the action started taking place. I really thought that some of this story should've taken place in the first book but to me it seemed long, drawn out focusing on the character's problems instead of being of being about what it is they're really trying to do. I did however; like the fact that it was a western mystery and a who done it thing, which I sort of figured it out pretty quickly and I wasn't disappointed. I'm like the others that have done reviews on this book before me. You should really read the Boeden Birthright and from there it pretty much goes into the why's and how's and how everything should fall into place. I'm going to say that Sadie is my favorite character because she's sneaky, stubborn like her brothers and she made me laugh. I really think that she likes making her brother's mad at her. She also is quirky and very outgoing( which I wish i was). Cole made me laugh in some places as well. He's just as bad as his sister Sadie. Probably just as stubborn. Then there's Justin. Who is extremely bossy. When he doesn't get his way, he pouts like most men do. Justin generally follows orders unless it's against what he thinks is right. Justin is a good man. He doesn't judge or get mad or puts a woman down. I know that there are big, strong, men out there just like him. But, they are few and far between. Angie I think is a very special lady. I was glad when she got out of her current situation but, I wished it weren't the hard way. Love is a very sneaky thing or sometimes it just hits you hard over heels. Love is kind. Love is gentle 1 Corinthians 13.I think the author did very well with this. She snuck love in where it should've been. Like I've said before I love the humor and she did do a great job with that. There's just some people that you just can't trust in this world and I think Mary did a nice job overall with that too. I recommend this book to people who like this sort of story. It's in a Western setting and I liked that as well. I received a complimentary copy from the publisher and not expected to write a review. All opinions are my own words.

Mary Connealy writes romantic comedy with cowboys always with a strong suspense thread. She is a two time Carol Award winner, and a Rita, Christy and Inspirational Reader's Choice finalist. She is the bestselling author of 48 books and novellas. Her most recent three book series are: Cimarron Legacy, Wild at Heart, Trouble in Texas, Kincaid Bride for Bethany House Publishing. She’s also written four other series for Barbour Publishing and many novellas and several stand-alone books for multiple publishers. Mary will be a published author for ten years in 2017 with nearly a million books in print. She has a degree in broadcast communications with an emphasis in journalism and has worked at her local newspaper.