Storms in Serenity by Fay Lamb 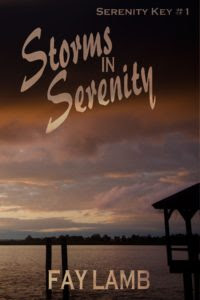 Book Title: Storms in Serenity
Author: Fay Lamb
Release Date: February, 2018
Genre: Romance, Mystery
How can one man save the town he loves when he’s the reason for the destruction?
Serenity Key, Florida, has seen its share of hurricanes, but this time, one foul weather system is about to collide with another storm, and this one has nothing to do with atmospheric pressure.
David New has guarded his secrets for years, but when two brothers, John and Andy Ryan, arrive in town and he gets news that the daughter he’s never told anyone about has disappeared, possibly the victim of a heinous crime, and the lives of many of the town residents begin to unravel in the gale force consequences of Jake’s past, he has nowhere else to turn.
God is the only one Who can calm the storms, but can David and the good folks of Serenity Key survive until He does?
A tempest has been brewing for thirty years, with only one island town in its path.

Such a fast paced book!!
I enjoyed all of the things that went on in this book.
Im sure that my mouth must've dropped open a million times as each scene unfolded.
I've never been in a hurricane nor do I ever want to be caught in one.
Either weather wise or family.
The author has done such an amazing job with these characters!
I think the church scene is my favorite!
I could just see these poor folks stuck there while all this noise was going on outside and in their hearts.
The roar of the wind even made the hairs stand up on the back of my neck!!
Cameron made me soooooo mad!
Men shouldn't be allowed to get away with certain things!
Whenever i read a book like this, in my imagination it's like watching a movie.
There were also some confusing scenes like who belonged to whom etc.
The author did make her message loud and clear; that there is God's love and Grace. Without that we would be nothing.
I should mention that there is forgiveness as well even though it was a long time coming.
I will be looking forward to reading book 2?
I received a copy of thisbook for free.
All opinions are my own 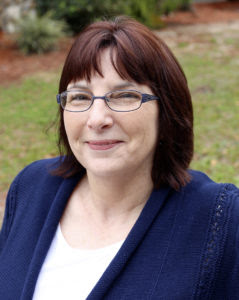 Fay Lamb writes emotionally charged stories with a Romans 8:28 attitude, reminding readers that God is always in the details. Fay donates 100% of her royalties to Christian charities.
Storms in Serenity is the first book in Fay’s Serenity Key series. Fay’s other series include, Amazing Grace and her novels, Stalking Willow,Better than Revenge, Everybody’s Broken, and Frozen Notes. The Ties that Bind Series includes Charisse,Libby, and Hope. Delilah, is coming soon.
Fay’s is also the author of The Art of Characterization: How to Use the Elements of Storytelling to Connect Readers to an Unforgettable Cast.

ONCE UPON A STORM
I’m one of those people who love storms. I revel in the lightning that streaks across the sky, the rumble of thunder as it rolls over the air, and I dance to the eerie sound of the wind coming through a crack in the window. Storms don’t frighten me. I’m an East Coast Floridian. I’ve lived through many a tempest.
However, so that you won’t think me completely insane, I have also fled a few hurricanes. In our house, a Cat III storm is something to debate as we watch to see how low the millibars fall at the storm’s center. A Cat IV means gather the important documents, place them into plastic bags and tuck them into plastic tubs, batten down the hatches, and depending upon its projected proximity, hunker down or flee. A Cat V is a no-brainer. Run!
If only the storms in our lives had categories so that we know when to stand and face the winds of life or to debate the direction, or to decide when to flee. Sometimes, the storms of life come at us without warning, with no stirring up of the waters by our own hands. Other times, the storms can be abated by the stance we take, the decisions we make, and by failing to move out of harm’s way, perhaps in an opposite direction.
That’s what my first novel in The Serenity Key series is about: one man stirred up a storm many years prior. The destructive force of that storm amassed because he didn’t take a stand, he failed to make crucial decisions, and he choose to run from a situation that God would not allow him to outrun. Storms in Serenity is a modern-day retelling of the Biblical truths of the aftermath of David’s sin with Bathsheba and the destruction the storms of life that blew apart not only David’s family but also those he called friends.
Mostly, though, Storms in Serenity, is a novel that proves that when it comes to sin, truly, no man is an island. 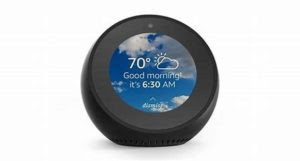 To celebrate her tour, Fay is giving away a grand prize of an Echo Spot!!
Click below to enter. Be sure to comment on this post before you enter to claim 9 extra entries! https://promosimple.com/ps/ca75