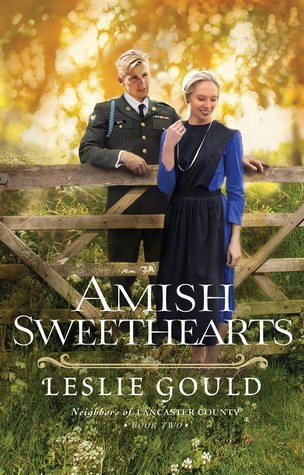 I grew up with a steady diet of William Shakespeare and Jane Austen. After all that literary immersion, I naturally decided to get a degree in mathematics, which came in handy when one of my six children needed help with homework. After my fourth daughter was born, I started writing. By juggling diaper changes, soccer games, music lessons, laundry, and two more children, I finished my first manuscript—a Western—in just under fourteen years.

I have always been fascinated by the Amish way of life and now write Inspirational Amish Romance. I am drawn to the strong faith of the Plain people and admire the importance they put on enduring family ties. I have visited and studied Amish communities in Pennsylvania and Wisconsin where I met with a bishop and a minister as well as several Amish mamms, dats, and children. It has always impressed me at what salt-of-the-earth people they are. My interactions with these kind people have been some of the most rewarding experiences of my life. I have a dear Amish friend with whom I correspond in Lancaster County, Pennsylvania. She helps me keep my facts straight and gives me inspiration for my stories.

My goal is to write uplifting, inspiring stories with happy endings and hopeful messages. If my books make readers want to give themselves a big hug or jump up and down for joy, I’ve done my job. I am a member of Romance Writers of America and American Christian Fiction Writers and am represented by Mary Sue Seymour of The Seymour Agency.

There are three Amish romances in the Forever After in Apple Lake Series (Summerside/Guideposts). Kate’s Song, Rebecca’s Rose, and Miriam’s Quilt are all now available.

I have six Amish Romances in the works with Kensington Books. The first and second books, Huckleberry Hill and Huckleberry Summer, are now available in stores and online. The Matchmakers of Huckleberry Hill is set in northern Wisconsin Amish country.

The series, The Matchmakers of Huckleberry Hill, is about an elderly Amish couple who try to find suitable mates for their grandchildren. What could be more fun than throwing two young people together to see if sparks ignite? No one would ever suspect two octogenarian Amish folks of mischief.

I have four daughters, two sons, three sons-in-law, and two adorable grandsons. I live in the foothills of the Wasatch Front with my husband and one son still left at home.(less)

I enjoyed this book as well. I guess I say this about every book that I read.

Zane is an impulsive character. By this I mean he's jumps into things without thinking things through. I think also sometimes he's very headstrong. He doesn't want to listen to no one. He's also quiet and doesn't say much. I'm like that as well.  There's nothing wrong with being quiet. I don't like a lot of drama so I keep to myself whenever I can. People like to pick on the quiet ones.
Now that he's grown things are not what they always seem!!
I do like that he's always putting other's needs first before his own.  I believe I would  want Zane as my boyfriend lol!!
Lila is just the opposite of Zane. I think she is a little too timid. Always afraid of what other people will think. Lila is also a hard worker. She is a people pleaser just like I try to be!! Lila has been this way all of her life. I think opposites do attract!!!
Tim is Lila's father. When we meet him in the first book he is very strict on his family. In this book it seems as time goes on, he lightens up a bit. I don't know if age has anything to do with it but we shall see won't we?
Simon is almost like Zane except that he was raised Amish. He is on his Rumspringa. (Running around time for the Amish youth). He is his father's favorite son. Simon does a foolish thing too in my opinion. It's bad enough to hurt his father. Simon does something that no other Amish man would think of doing. It's against their beliefs.
Daniel is Lila's twin. He's the opposite of Simon. Daniel enjoys being Amish. He finds a nice young lady and they've been dating for a few years.
Lila has joined the church. Some things are forbidden. Some of the things that Lila does is extraordinary!! I don't think she would have done them if it weren't for Zane.
Beth is a new character. She's a lively soul who brings joy to the students especially Trudy Lila's sister. Trudy is trying to be a matchmaker!! Maybe it will work maybe not. We'll just have to see.
Joel is Zane's step dad. He served in Iraq. When he is  released and comes home he has a hard time with dealing in his time in Iraq. He takes it out on everyone until God and a good friend intervenes in his life. I think that this has to be my favorite scene in the first book
. Shani is Zane's mom. She's the one that keeps her family together. Shani's a little flighty always on the go. She wears me out!!! But, I think without her, the family would fall apart. I do have to admire Shani. She a lot of determination!!! What I like most about is that she's a prayer warrior. Her faith is strong. It has to be!!!
I have no idea what it's like over seas. This may be the reason that Zane does the foolish thing that he has done because his dad has had a great impact on him. In some ways, I wish that I had a dad like Zane.
It seems  like that you could learn some life lessons from Joel.
Then there's Leona Lila's Mennonite grandmother. I think that Lila learned the hard way that no matter how old you that you can still get sick. I'm thinking that this is another of life's lessons. I know that it sure brought me down to earth!! I'm glad that Mammi made it through and that she had God's healing hand.
I'm thinking that Lila and Zane are my favorite characters. They've been friends since childhood. It's great that this friendship will get them through the hard times.
There are places in this book that made me cry though. There are some places where I wanted to punch someone's nose because of the way he bullied people around.
Another lesson that this book teaches is it's never no good to run away just because things aren't going your way or that you no longer want to do it. To run away is to deceive who you truly are. I believe  that God has had a hand in this. This was my favorite scene in the book
God always has hand on things. They may not be what we want but in His own time!!
This book was given to me by Leslie Gould in exchange for an honest review. Leslie I enjoyed this book a lot. You have given some life lessons along the way in this book. I definitely got something out of it!!! Thank you for writing another wonderful story about Zane and Lila!!!