Collision of the Heart by Laurie Alice Eakes 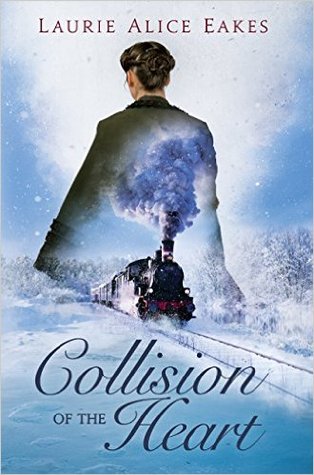 Mia Roper isn’t a typical nineteenth-century woman. Refusing to pass up the hard-won opportunity to prove herself as a journalist, she left Hillsdale, Michigan, hoping in vain that Ayden Goswell would follow her to Boston.

When the train bringing her back for her first major story crashes in a snowstorm outside town, Mia is stranded. Not even the survival of a fellow passenger, a toddler, can ease her heart’s sudden ache at seeing Ayden, now a history professor at the local college, courting someone else.

Ayden’s never gotten over the fact that the most fascinating woman he ever met chose her career over marriage…and he let her go. But marrying the department director’s daughter could at least guarantee him a permanent job. It’s a satisfactory arrangement, yet his kind, pretty bride-to-be has one simple flaw: she’s not Mia.

As soon as the trains are running, Mia will be leaving again, unless she and Ayden can reconcile ambition and love—and take a leap of faith together

I absolutely loved this story! Laurie Alice Eakes has done it again! I love her writing and her imagination to write such wonderful stories! She has been a favorite if mine since I first picked up her books in 2014 with the midwives series.

The reason I enjoyed this story was because I could see God's work on the move. He had to work especially hard on Ayden and Mia because of their stubborn hearts. One blames the other for their heart breaks and neither realize it takes two to work things out
I love Mia for her kindness and generosity towards helping others in need.
She is stubborn as well!! It's this stubbornness that often gets her in trouble. I wish I was more like her! She's my heroine! She's my heroine because I love the fact that she stands up for women. We ladies didn't get the right to vote until 1919. Men think we r still not supposed to have our own minds. Mia wanted women to be recognized for what we are instead of staying at home and wasting our minds as Ayden called it
Ayden is just as equally stubborn. He thinks he has to be right all the time just like most men do so he in turn does stupid things never once asking God for help before he does these things.
However; I do admire his admiration for women to want to go to college as he's always bugging his sister Rosalie about lol
He also teases her unmercifully but I guess that what siblings do.
I also lie the novel because Laurie is showing us how people came together in the wake of a tragedy. That small towns cared about one another. I wish it were that simple in today's world.
Like Mia said in big towns u can't trust no one or know what their about. If you lose your job, there is no one to pick u up if u fall.
Indeed there is someone that can pick you up if you fall. All you have to do is ask and ye shall receive. I believe most people have forgotten Him.
I cried at the end because things do have a way of working themselves out! 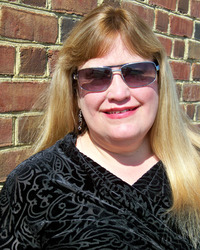 Laurie Alice Eakes used to lie in bed as a child telling herself stories so she didn’t wake anyone else up. Sometimes she shared her stories withothers; thus, when she decided to be a writer, she surprised no one. Family Guardian, her first book, won the National Readers Choice Award for Best Regency in 2007. In the past three years, she has sold six books to Baker/Revell, five of which are set during the Regency time period, four books to Barbour Publishing, as well as two novellas to Barbour Publishing and one to Baker/Revell. Seven of her books have been picked up by Thorndike Press for large print publication, and Lady in the Mist, her first book with Revell, was chosen for hardcover publication with Crossings Bookclub. She also teaches on-line writing courses and enjoys a speaking ministry that has taken her from the Gulf Coast to the East Coast.
Laurie Alice lives in Texas with her husband, two dogs and two cats, and is learning how to make tamales.You can learn more about her and her work at http://www.lauriealiceeakes.com