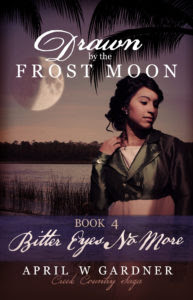 Name of book: Bitter Eyes No More
Author: April W Gardner
Genre: Historical Romance
Release Date: Feb, 2017
A man of abiding honor, tested by a woman of ruinous passion. A woman of unspeakable sins, pursued by a God of unquenchable mercy.
Spanish Florida once sheltered Lillian McGirth from her fears. Now, it feeds them. Mercy is for the deserving; for Lillian, an unwed mother accused of treason, there is only battering and defeat, but her fall breaks softly in the arms of an unexpected arrival, a man too beautiful of soul to stain with her lost character.
Captain Marcus Buck sails in on a pledge to save Miss McGirth from herself and from her child’s father, a ruthless don. All the while, he’s to regard her as virtuous and worthy of protection and to guard said virtue from pilfering. But the terms are flawed since he must first guard her from himself. Regardless, he is determined. He will free her, repair her name—simple labor compared to dodging the army’s noose, mending wounds three years deep, and navigating a host of rebel Natives bent on inflicting more.
Through the steady crumble of his pledge, their friendship becomes a consolation, for she knows his pain as no other can or will. Their scars are one; their paths, however, might irrevocably become two…
LORI'S REVIEW

New story, new characters and new author.
It is fast paced that will keep you on the edge of your seat waiting to see what would happen next!!
I didn't like Diego simply because he was a control freak. If he didn't get his way, he was like a child until he did. Isn't that like most men? Throwing temper tantrums or giving you the silent treatment?
Poor Lillian!! What a mess she found herself in!! I felt sorry for her.
However; I had to root for her at the same time!! Such determination!!!
I love a book that has action adventure!!!
As this story unfolded I could just imagine myself there among Diego, Lillian and Marcus.
I also enjoyed reading about the Seminole Indians that were living in that area. I hated that they were run off their land!! Especially everywhere else in the US.
I just don't understand why we have to dislike ppl of different nationality. I wish we could just all live in harmony like God intended. For we are are human.
I also liked the time period that this story was set in. In reality, i wish I could do real time travel!! How interesting that would be!!
April has done a fantastic job on this book.
This can be read as a stand alone and I wish I had read the other two books in this series. But, as usual I found I had jumped into the middle of the series!!!
I strongly recommend this book.
I received this book for free and no compensations were received. All words are my own opinion. 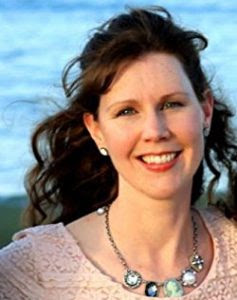 APRIL W GARDNER writes history with a Christian perspective and a little imagination. She is a copyeditor, military wife, and homeschooling mother of two who lives in Texas. She writes Christian historical romance with a focus on our Southeastern Native Tribes. In no particular order, April dreams of owning a horse, learning a third language, and visiting all the national parks.
April loves to hear from her readers at: aprilgardnerwrites@gmail.com and at www.aprilgardner.com

I’ve never needed one of those spiritual gifts tests to know I score a big, fat zero in the mercy department. When God impressed on me the themes of Bitter Eyes No More—mercy and justice—I figured I was the least qualified person to broach the topic.
However, in His perfect way, He knew exactly where I needed to be stretched, and over the seven months He used me to craft the story, He poked and prodded at my flaws, making them large in my mind and reminding me that no one is deserving of any quantity of mercy, grace, or forgiveness, and that He alone is righteous enough to wield the gavel of justice.
Captain Marcus Buck, the hero in Bitter Eyes No More, learns the same lesson. Because of a horrifying stint of slavery on a British frigate, he drives through life seeking justice—all in accordance with the law, of course, but swift, fierce justice nonetheless. Lillian, the same story’s female lead, knows beyond a doubt she deserves the most righteous justice there is—an eternity apart from God. Mercy is only for the deserving, she says, but there can surely be none for her, an unwed mother with the label “traitor” hovering over her head.
Marcus, a surgeon and splendid swordsman, has engraved his sword with a passage from the prophet Zechariah. “This is what the LORD Almighty said: ‘Administer true justice; show mercy and compassion to one another.’” (Zech. 7:9) It’s a beautiful piece of advice, but Marcus is blind to the second half.
What neither of these characters realizes at first is that God doles out mercy and justice as a packaged unit and in bountiful, equal measure. In our finite human minds, we tend to separate these two qualities, but God cannot give one without the other. More than that, He cannot be one without the other. He is all mercy and all justice in one perfect being.
Aren’t you glad? I sure am! 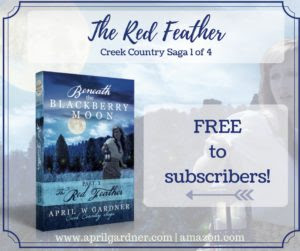 Every subscriber instantly receives the first in the Creek Country Saga for FREE! 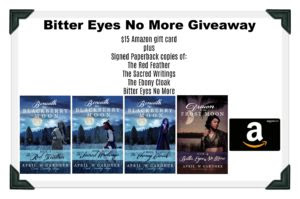 In honor of her tour, April is giving away a grand prize package of a $15 Amazon gift card and four of her books in paperback, signed by her! Click to enter! https://promosimple.com/ps/c0d2

Come back to Me by Jody Hedlund

ABOUT THE BOOK The ultimate cure that could heal any disease? Crazy. That's exactly what research scientist Marian Creighton has always ... 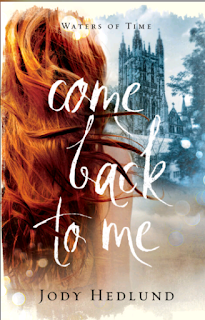 Red Headed Book Lady
Hi I'm Red Headed Book Lady and I have been blogging since September of 2015. This is something that I've felt the Lord has called me to do and it makes me happy to serve Him this way. I also felt that I wanted to let everyone know about the wonderful books that I read and brag on them so came about the idea for my blog. I've been reviewing at Barnes and Noble, Christian Book Distribution and Books a Million, Walmart, where ever I can post my reviews. http://redheadedbooklady.blogspot.com (177 following) (100 subscribers) Bookbub account loriparrish 2018@loriparrish2018 Followers (45) This is my Goodreads account where I post my reviews: https://www.goodreads.com/user/show/43246788-lori https://WWW.Instagram.Com/llparrish_46 (350) followers http://WWW.Twitter.com/@loriparrish782 (89) followers https://WWW.Facebook.com/lori.parrish.96 https://www.facebook.com/lori.parrish.96/friends 1205 (80) following Here's my email if anyone wants to get a hold of me llparrish52@gmail.com.