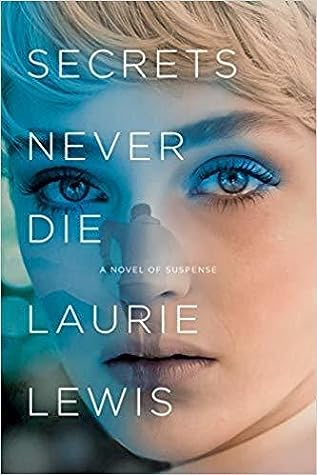 Tallie Brown's life has never made any sense. Raised in isolation by her mother, Julia, Tallie was dragged suddenly and without explanation from one third-world outpost to another until life normalized seven years ago when Julia took a position on a mountaintop in the Pacific northwest. But when Julia unexpectedly dies, Tallie uncovers clues suggesting that Julia had a secret life.

Journalistic phenom Jackson James is still recovering from the devastating mistake that flatlined his promising career. Now he's paying the price, working as the editor of a syrupy community rag in a posh D.C. suburb. But when the very man who destroyed him drops a tantalizing lead about a potential D.C. scandal, the reporter sees his chance for redemption and sets off to chase the story.

Jackson's investigation leads him to Cutler's Ridge, a dying Virginia coal town, and directly into the path of the mysterious and beautiful Tallie. As these two mistrustful loners follow their leads, their stories begin to intertwine until they reach an alarming conclusion - something terrible happened in Cutler's Ridge. As they doggedly pursue the story, the town's cold reception spirals into threats and danger, proving that there are those who will stop at nothing to keep the past hidden forever - because secrets never die.

A new to me author.
This new story kept me guessing until the very end!! Just like the author intended!! Good job Laurie Lewis!! I am going to read more from this author in the future!
I love an action packed book that will leave you reading long after 12 a.m.
Poor Tallie!! But in a way lucky Tallie too!! I say that because I can put myself in her place. Sometimes I imagine that if I could find my real family how different my life would be!! Oh my!! How many families that are related to me would come out of the woodworks!
I think that is why Tallie is my favorite because I can relate to her and how I would feel if I did find my real family. Just hopefully not the way she did.
I liked Jackson too. At first I thought that was his real name but it is his last name. I sure hope his family forgave him for what he did. Who knows? Only God and the author truly knows.
I will say this, my heart ached for Sophie and Petty. They were good people.
I sure didn't like Nan or her attitude. I wanted to give her a sock in the nose or an attitude adjustment you might say.
I love the title of this book. Secrets never die because certain people will not let secrets die. Even in real life. Eventually, they will come out in the open. Sometimes now, sometimes later and sometimes with a price. It's a shame really. What makes people snap and what lengths they will go to. Someday they will have to answer to a higher power. All of us will.
Laurie knows how to round out her supporting characters too! I liked some very well and others' not so well.
However; in my opinion, it was a little slow to get into but once you keep reading it takes off and you won't be able to put it down.
I would love to give this book more than 5 stars if I could.
I strongly recommend this book to people that love the who done it mysteries.
I received this book with no compensation received and all opinions are my own!!

Laurie (L.C.) Lewis will always be a Marylander at heart—a weather-whining lover of crabs, American history, and the sea. She admits to being craft-challenged, particularly lethal with a glue gun, and a devotee of sappy movies. Her ninth published novel, her first romance novella, "Sweet Water, " was inspired by a visit to Oregon’s magnificent coast, and time spent with Mother Eugenie, upon whom the character Mother Thomasine is based.

She is currently completing a political suspense novel planned for a summer 2017 release, and is working on another historical fiction novel for 2018 release. She loves to hear from readers, and she can be contacted at any of these locations: