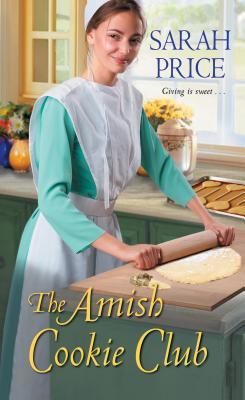 Every other Friday, Edna Esh and three of her childhood friends meet to bake sugar cookies for their respective church districts on worship Sunday. It's a time to give to the Plain community--and give support to each other as they share their joys and fears . . .

Edna's friend, Vera Bontrager, has a problem. Her outspoken twenty-year-old daughter, Myrna, has been fired from her job. Again. Myrna's family really needs her to chip in, but she's clearly unsuited to customer service--not to mention that her sharp tongue scares away any boy who might come courting. But Edna has an idea--and his name is Ezekiel Riehl.

A widower with four young children, Ezekiel needs help. His house and his brood are a mess; his demeanor is gruff. It's no surprise Myrna takes an immediate dislike to him. Yet she has no choice but to take on the challenge--and soon she starts to create order out of chaos. In fact, the kids begin to depend on Myrna--and so does Ezekiel. The truth is, she's fallen in love with him. But if he's to prove he's not looking for a marriage of convenience, he'll have to convince her of what's in his heart . . .

I like this book
Myrna Myrna what is to become of you but then you're a little bit like me. Right down to the red hair peeking out from your cap. Us Redheads are incorrigible!! Makes me wonder if you were left handed like me as well?
Although I can't say that I've been let go of my jobs like you have. Even though I have been through a lot but it wasn't because my personality. I either got bored or just up and left. But, now I"ve been at my job almost 8 years. It's the same everywhere isn't it.
I can't say that I am with the Swartzentruber Amish and their beliefs because sometimes you just need a little extra help from the outside.
I do like the idea however of a cookie club. I think it's a great idea for friends to get together and work at the things we all like or are like minded.
Ezekiel is a kind hearted man. I really liked him and I think that he got done rather wrong. I'm glad that things worked out for him. It shows that God has a bigger plan than we know and can comprehend. It also shows that if a door closes than leave it!! Don't keep banging on it!! He might've closed it for a reason maybe even better things to come.
I didn't like all the gossip that surrounded Ezekiel.. Busy bodies for sure!! Never assume anything until you actually hear it from the horse's mouth so to speak.
Wagging tongues can hurt. It really isn't nice to speak so meanly or judge others!! That is for God and God alone!!
But because the author shows us that the Amish are just like us in many ways is why I love Amish fiction.
I think I would like to purchase this book just for the recipes!!
I would really love to go for a ride in an Amish buggy!! And their cooking is out of this world!! I was fortunate to get to go to Amish country in Indiana for a day. I would like to go again!!
I received a complimentary copy of this book from Netgalley with no compensations received and all opinions are my own!! 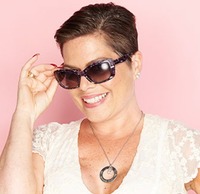 ECPA Christian Fiction Bestseller (June 2014, July 2014)Amazon Top 100 Author for Books & eBooks (January 2016, September 2013, August 2013, May 2013, April 2013, February 2013, January 2013, December 2012)-------------------------The author of over 30 novels, Sarah Price publishes with Realms, an imprint of Charisma House and Waterfall, an imprint of Brilliance Audio. Her book, An Empty Cup, was #3 on Amazon Top 100 eBooks in January 2016. Follow her on social media: Blog:http://www.sarahpriceauthor.com. Facebook: http://facebook.com/fansofsarahprice.Instagram: @SarahPriceAuthorTwitter: @SarahPriceAuthrGoodreads: https://www.goodreads.com/SarahPriceFAMILY HERITAGEDuring the early 1700s, the Preiss family arrived in America aboard an old sailing vessel called the Patience. The family left Europe, escaping Catholic persecution for their Anabaptist beliefs. Sarah Price comes from a long line of devout Mennonites, including numerous church leaders and ministers throughout the years.In 1969, Sarah Price was born in Pennsylvania and lived on the land of her ancestors, Johannes Preiss and "King Tammany", otherwise known as Tamanend, a chief of the Lenni Lenape nation in the Delaware Valley. In the early 1970s, her family moved to Morristown, New Jersey where she still resides with her husband, two children, and assortment of animals.Ms. Price has advanced degrees in Communication (MA), Marketing (MBA), and Educational Leadership (A.B.D.).Ms. Price was a former full-time college professor. After being diagnosed with breast cancer in 2013, she now writes full-time