Davis Bunn (Goodreads Author)
3.96  ·   Rating details ·  25 ratings  ·  19 reviews
Young line producer Danny Byrd is well-known in Hollywood for being someone who gets things done on time and under budget. But when his reputation takes a beating after his partner--and former best friend--makes off with their investors' money, Danny has but one chance to redeem himself and restore his ruined career.

I enjoyed the setting of this book which was about Hollywood and the filming industry.


It was real interesting to see how movies were made.
While there is no cussing, there is abandonment, depression and drug abuse is mentioned in the book.
I thought the author did really well with these topics.
While these characters are not perfect I did appreciate Davis has written them with flaws, and has given each one hope in the process and a chance to redeem themselves.
Dear Readers God is there and He's everywhere! He is our redeeming hope. He won't leave us to fend for ourselves and the author has done a fabulous job in portraying all of these things.
Now, I will admit that there were some places in the book that dragged for me but there were some interesting scenes mixed in as well.
I too had to start this book twice because of the scenes that drug for me but in the end I did manage to finish it.
I still deemed that this book wasn't my cup of tea but I still recommend it because others might enjoy it
My thanks to Revell for this book. NO compensations were received. All opinions are my own.

Davis Bunn is an internationally-acclaimed author who has sold more than seven million books in twenty languages. 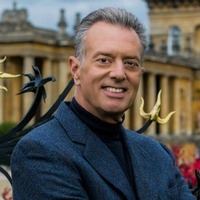 Honored with four Christy Awards for excellence in historical and suspense fiction, Davis was inducted into the Christy Hall of Fame in 2014.


His bestsellers include The Great Divide, Winner Take All, The Meeting Place, The Book of Hours, and The Quilt. A sought-after lecturer in the art of writing, Bunn was serves as Writer in Residence at Regent's Park College, Oxford University.


Davis Bunn also writes under the names Thomas Locke (for his epic fantasy and techno-thriller novels) and T. Davis Bunn (for books published prior to 2002).